Imperial has agreed a pioneering research and education collaboration with Indonesia to advance vaccine development and help tackle COVID-19.

During a visit to Imperial’s campus, Indonesia’s Foreign Minister, delegates from its Ministry of Health and leaders from Imperial discussed future collaboration on research and development of a self-amplifying RNA vaccine platform.

The project would see Imperial partner with Indonesia in the race to develop a COVID-19 vaccine, and explore collaborations in vaccine clinical trials and will also strengthen links in education.

Imperial’s Provost Ian Walmsley welcomed the delegation to the College and gave an overview of the College’s activities to combat COVID-19. The delegation also met with the lead researcher of Imperial’s vaccine team, Robin Shattock to discuss his innovative vaccine approach. 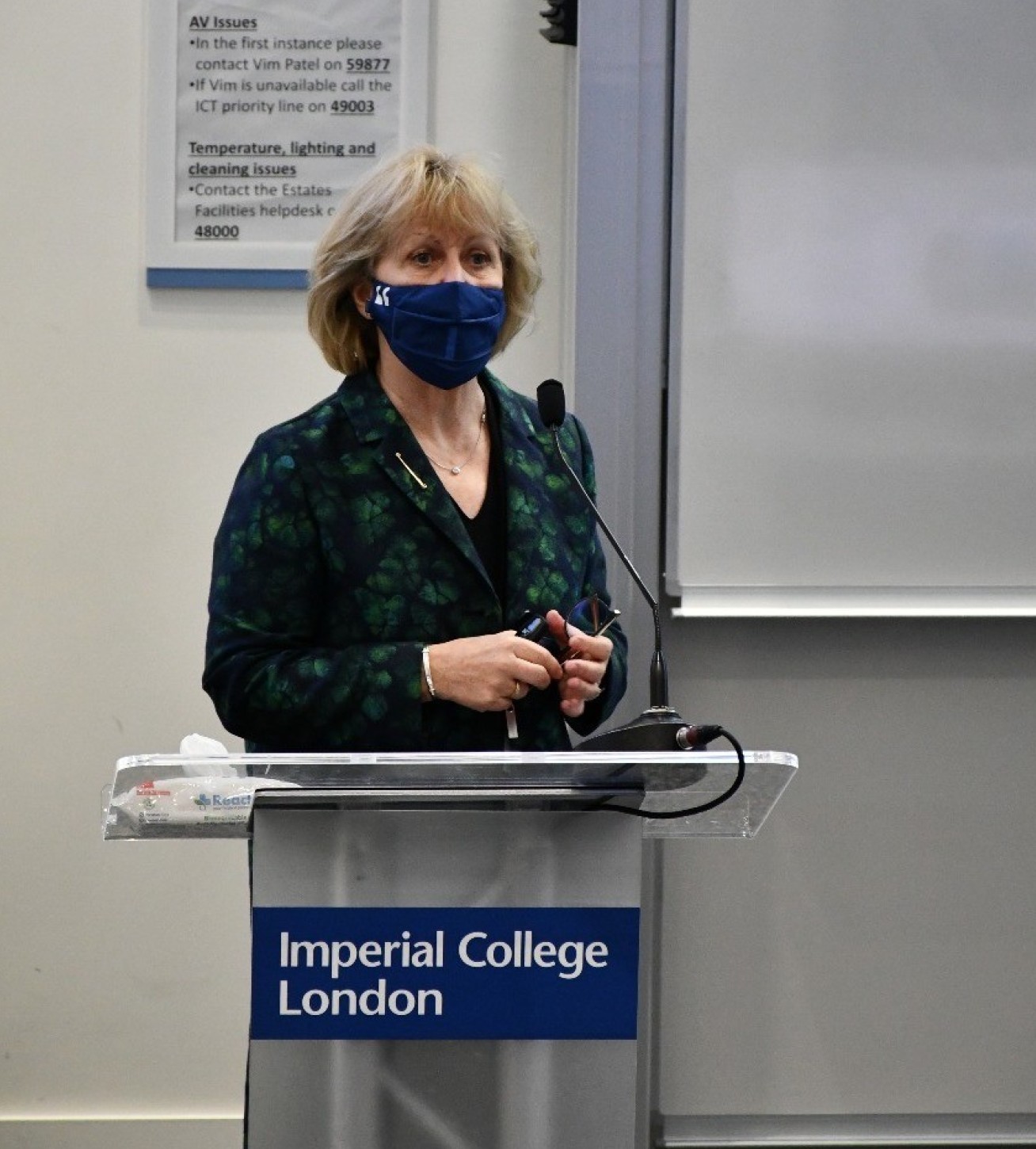 Professor Maggie Dallman, Vice President (International), said: “We are determined to deploy our COVID-19 vaccine worldwide, and Professor Shattock and his team at Imperial have worked tirelessly over the past six months to develop a very promising candidate. We look forward to growing our collaborations with Indonesia as we develop our vaccine further.”

Professor Robin Shattock said: “Once proven safe and effective by health regulatory bodies for COVID-19, this saRNA vaccine technology platform would allow us to create novel vaccines against future pandemics within 8 weeks – a step that currently takes months to years. This allows healthcare systems and eventually governments to rapidly respond to emerging pandemics – protecting lives and saving economies.”

Indonesia’s Foreign Minister Retno Marsudi said: “Indonesia and Imperial are discussing the possibility of conducting a phase 3 clinical trial of the self-amplifying RNA vaccine in Indonesia. The self-amplifying RNA vaccine is important because it allows the development of modular or ‘pop-up’ manufacturing units that can ensure rapid access to the vaccine anywhere in the world.”

Last month, Professor Shattock told the European Parliament that human volunteers seem to be ‘responding well’ to the vaccine and they are aiming to launch a large 20,000 person trial by the end of this year.Professor Shattock said that if trials continue to show promising results, international trials will commence later this year with potential approval for the vaccine by mid-2021.

The collaboration builds on growing ties between the UK and the Republic of Indonesia in health, science and innovation. Last June, the two nations signed a Memorandum of Understanding on Health Co-operation to share knowledge and expertise in the health sector. 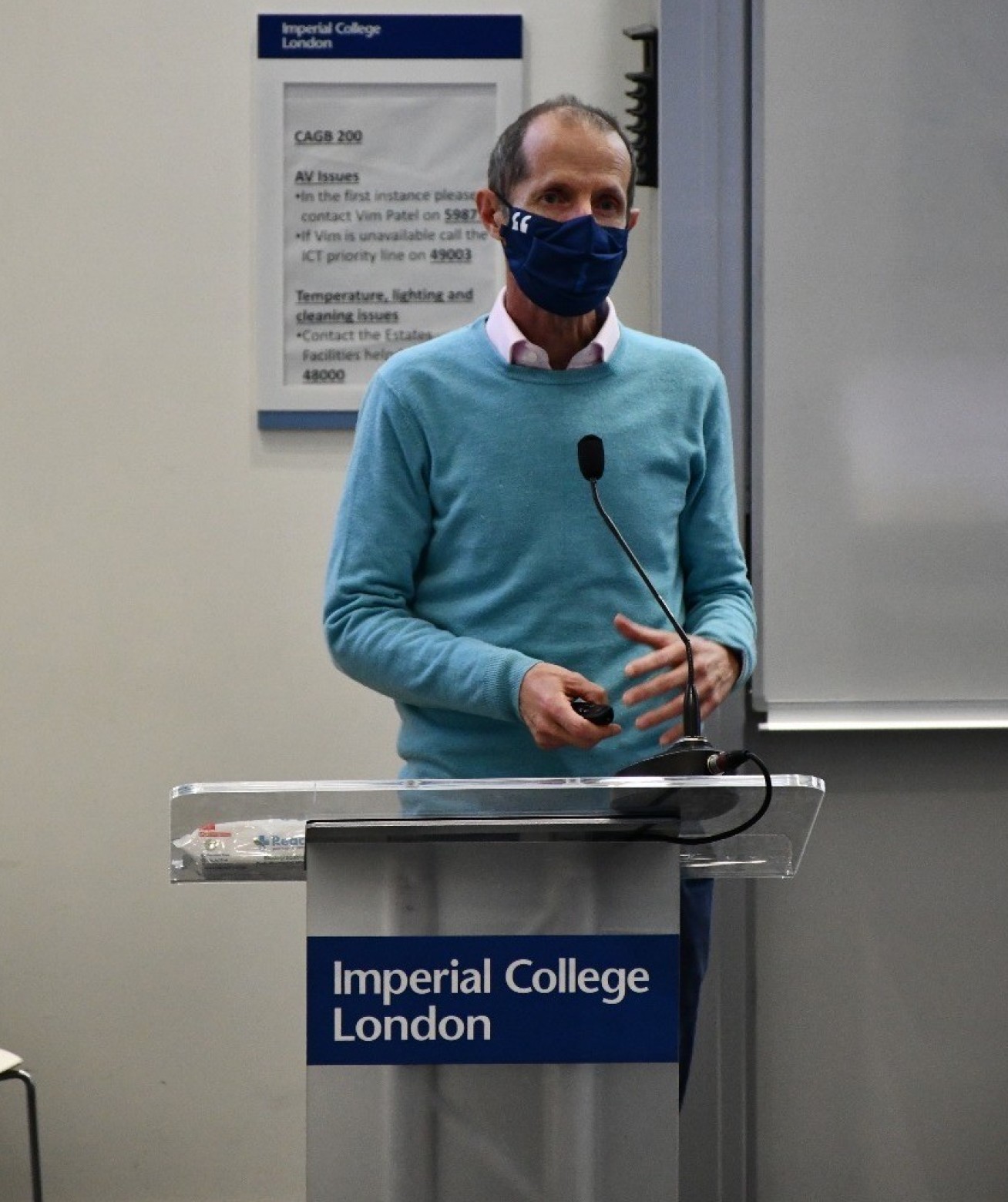 Speaking at the time, Lord Bethell, Parliamentary Under Secretary of State at the British Department for Health and Social Security, said: “This global pandemic has highlighted the importance of nations coming together to tackle the world’s biggest health challenges, both now and in the future.”

In parallel efforts to strengthen research and innovation ties between both countries, Indonesia’s Minister for Research and Technology, Bambang Brodjonegoro, signed a Memorandum of Understanding with Minister Amanda Solloway, Parliamentary Under-Secretary of State for Science, Research and Innovation, as part of Mr. Brodjonegoro’s aim to support the Republic of Indonesia’s economic development through maximising its research capacity.

MP Solloway encouraged the researchers of Indonesia and the UK to cooperate on common challenges, such as the prevention of infectious disease and reducing the world’s carbon footprint.Imperial hopes to expand on these bilateral agreements with the Republic of Indonesia through collaborations accross scientific research and technological innovation.

Imperial’s vaccine team has formed a social enterprise VacEquity Global Health (VGH) to distribute its COVID-19 vaccine.  The social enterprise’s mission is to rapidly develop vaccines to prevent SARS-CoV-2 infection and distribute them as widely as possible in the UK and overseas, including to low- and middle-income countries.

We use cookies to ensure that we give you the best experience on our website. If you continue to use this site we will assume that you are happy with it.Ok